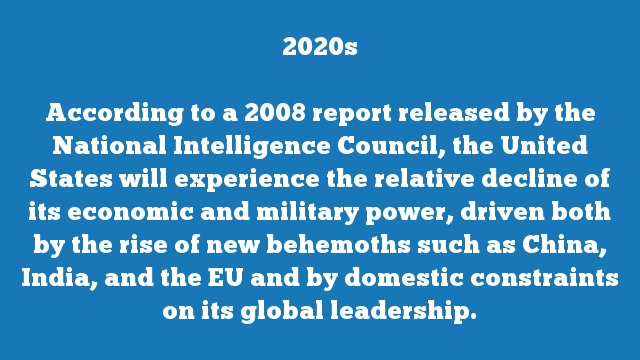 According to a 2008 report released by the National Intelligence Council, the United States will experience the relative decline of its economic and military power, driven both by the rise of new behemoths such as China, India, and the EU and by domestic constraints on its global leadership.

This site uses Akismet to reduce spam. Learn how your comment data is processed.